Bitcoin vs Commercial Real Estate: What Should You Do with $1M? 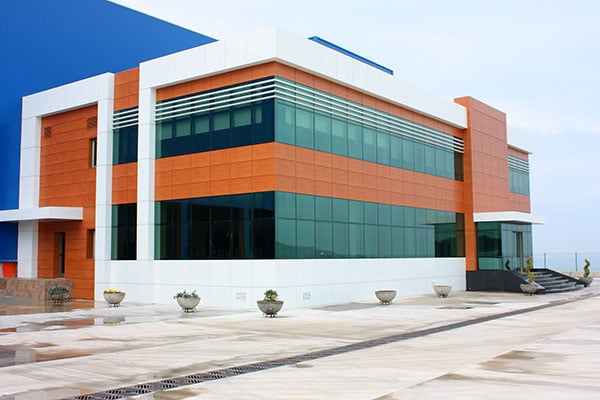 Bitcoin vs Commercial Real Estate: What Should You Do with $1M?

If I gave you $1 million, would you invest in Bitcoin or commercial real estate?

Bitcoin has been on a tear recently. If you bought $1K worth of bitcoin this time last year, you’d have $6K today. Bitcoin is quickly going from a punchline to a serious investment.

What does this trend mean for commercial real estate and you as an investor? Let’s make a quick comparison and see which is the right fit for your wealth and business-building goals.

Pros and Cons of Investing in Bitcoin

Over the last ten years, Bitcoin has produced an average annualized return of roughly 230% — more than ten times higher than any other asset class.

Even if you aren’t interested in investing in Bitcoin as an asset, we have to acknowledge that digital currencies are disrupting the financial world.

Recently, Paypal announced plans to allow its $70M+ Venmo users to “buy, sell, and hold crypto,” further opening up the door to broad acceptance. Due to this unprecedented development, users may soon be able to settle bar tabs with cryptocurrencies.

In fact, CashApp has already taken a step in that direction. The app recently added support for bitcoin so its $34M users can buy and send the currency.

Recently, Coinbase added a feature that lets users buy cryptocurrency with their PayPal account. This integration simplifies how people interested in Bitcoin acquire this unpredictable asset, making it more accessible and providing validation for the concept.

However, that doesn’t mean Bitcoin’s all sunshine and rainbows. As with any investment, Bitcoin carries inherent risks. And, when it comes to one with returns as high as 230% year-over-year, you can expect the risks to be substantial.

Bitcoin is volatile, to say the least. Most crypto experts, like billionaire investor Mike Novogratz, predict some level of correction. How much and how soon, though, is anyone’s guess.

That said, if you look at the history of the booms and busts, Bitcoin regularly experiences 30-40% corrections.

According to most estimates, during the 2008 Financial Crisis, housing prices dropped by only 20-30%.

Pros and cons of investing in commercial real estate

Let’s say you win big on cryptocurrency; what are the tax ramifications?

Unless you want to hold the asset forever, you’re going to have to pay at least 15-20% tax on capital gains every time you withdraw even a small portion of your returns.

If you’ve been holding for less than a year, expect to pay short-term capital gains tax, which, depending on your income, can be as high as 37%.

Meanwhile, commercial real estate has tons of tax benefits. You can completely avoid paying capital gains tax with a 1031, or ‘like-kind,’ exchange. You can write off depreciation and control your deductions.

And if it’s passive income from a commercial real estate investment and you’re incorporated, you can use a pass-through deduction to get up to a 20% write-off.

Con: Not as liquid.

On the flip side, even if the tax benefits of Bitcoin aren’t that great, it’s easy to sell any cryptocurrency investment. All you have to do is click a few buttons.

Conversely, CRE is much less liquid. Selling a position in a commercial asset will take a bit more work and time.

No one knows if Bitcoin will emerge as a dominating cryptocurrency. There are fears about its climate impact and ability to scale, but one thing is for sure: Blockchain is here to stay.

From the software engineer in DC who bought his dream home using bitcoin, to the penthouse in the Netherlands that just sold for 21 BTC, there are numerous examples of people using bitcoin to buy real estate — and this is just the start.

As with anything, there are pros and cons to investing in bitcoin vs commercial real estate. The investment choice that will best suit your expected return — and tolerance for risk — requires careful consideration.

On one hand, Bitcoin returns have been astronomical. With so many new users across a variety of platforms, there’s an immense possibility that the currency will continue to grow.

But while Bitcoin speculation may work in your favor over the long term, if you can endure the volatility, nothing beats CRE from a risk-adjusted perspective.